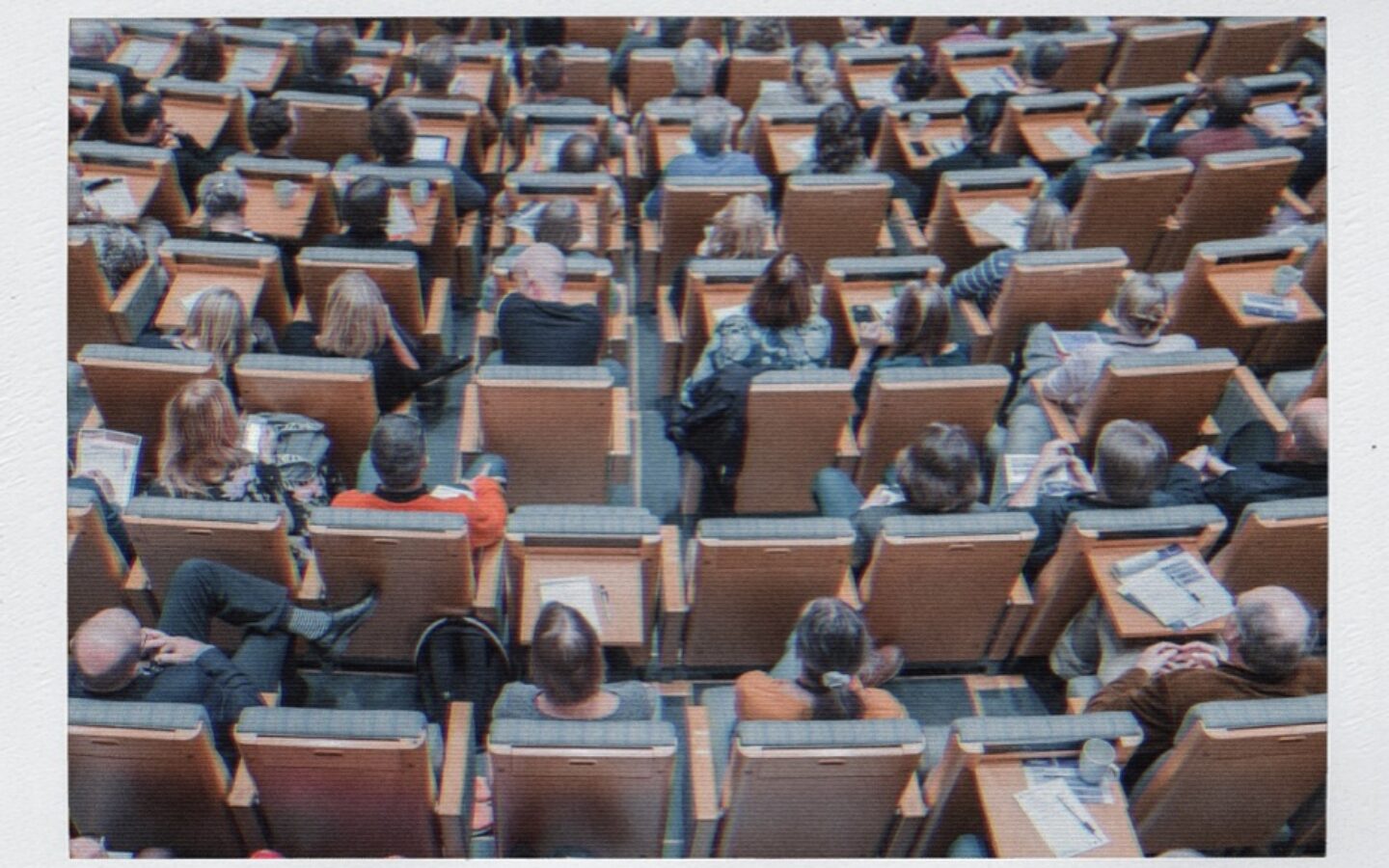 I was sitting in the lecture theatre for my financial markets class and the lecturer was introducing the first assessment piece due later in the semester. He was talking about all the ‘learnings’ that the assignment will give us, but I was pondering: “what do I need to do to get the grade I want on this…” I wonder if you can relate?

It’s one of the ironies of higher education today. The “qualification” or “status” attained through the study is often more desired than the learning and growth which the study is meant to bring about. You can observe this shift in the marketing of the institutions, that now promote themselves mainly as gateways to something beyond (employment). The power and blessing of the educational institution becomes the right to assign merit.

This mentality creates a disconnect between the task being undertaken, and the motivating energy for the task. When it comes to exams and assignments, which are meant to test what has been learnt, students want to do the minimum possible to merit a particular grade, and generally the reward of study is missed: learning.

There is an interesting passage in Luke 17, where Jesus commands His disciples to forgive those who sin against them and then repent – even if this happens seven times in one day! The disciples clearly consider this challenging – because they ask Jesus to “increase their faith!” Jesus’ response is obscure; He says to them that they can do something seemingly even more impossible (move a mountain) with the smallest amount of faith (a mustard seed).

What’s going on? Well, the parable Jesus goes on to tell clarifies things. It concludes with “So you also, when you have done everything you were told to do, should say, ‘We are unworthy servants; we have only done our duty.’” (Luke 17:10). Jesus reveals the spirit in which the disciples asked for their faith to be increased. They thought that if they could forgive seven times in a day – do this seemingly hard thing – this would give them a degree of worthiness. It would make them meritorious. The disciples seem to think this is an examination from Jesus, that if they pass, they will merit whatever He wants to give. The disciples vision of God, was that He gives on the basis of who we are.

Before we go criticizing the disciples, I wonder whether we can carry a similar mentality? You might be thinking – no, we know that we are unworthy servants. We often express something along these lines: “none have reached the standard of perfection that God required.”

I understand the sentiment of this statement. But look at the belief buried within it…

Just say for a moment, that someone could have reached perfection: would God then give? By believing that God hasn’t given because we have fallen short, is still to imply that God gives (or withholds) on the basis of what we do (or don’t do). What comes (or does not come) from Him to us, is merited or earnt by us (or not merited and not earnt). We are still the ground of God’s action towards us.

I recently had a conversation with someone who was wrestling deeply with the question of whether he was ‘saved’. Had he received the “qualification”? On the occasions when he found himself to be doing the things he considered God wanted him to do, or when he sensed God speaking to him, then he thought – yes, I am! But then he would fall into patterns of sin, and wonder… have I really received the salvation of Christ? He believed in a God who sent Jesus for the forgiveness of sin, but what were the conditions of receiving that forgiveness? Had he met those conditions?

The good news is that the vision of God that Jesus gives us, is not of a God who gives according to who we are, but on the basis of who He is. He acts according to His nature. His nature is not shaped by external circumstances. He is unchanging.

It is true that there is nothing in us (ever) that is meritorious. Even Jesus himself said: “Why do you call me good? No one is good except God alone” (Mark 10:18).  But the good news is that there does not need to be anything meritorious in us! Because God is freely giving whether we are meritorious or not. This is the greatness of God.

God, is the blessed One. So, to be like God, is to be blessed. God forgives.

This is the cause of all of Jesus’ invitation to obey Him, to follow Him. “I rejoice in what my Father rejoices in. Come and rejoice over relationships through the forgiveness of your brother.” This the true reward of obedience. As Romans 6:23 says: “The gift of God is eternal life in Christ Jesus our Lord.”

So let us view Jesus’ commands – such as those in the Sermon on the Mount – not as tests, or examinations that will “qualify us”. Let us not see His call to “believe in me” as a route to earning the status of “saved”. Let us not forever be enslaved to the question whether we are ‘in or out’, ‘approved of God or disapproved of God’. Let’s just stop thinking about ourselves (what a relief that would be)!

Rather, let us hear the call of Christ, leave ourselves, and obey, believing in a God who is inviting every person into all good things, into a state of blessedness, into His very nature.

What would obedience to Christ look like in the next hour?